The ‘’Laboratório de Geofísica de Prospecção e Sensoriamento Remoto’’ (LGPSR) originated in the Department of Geology of the Federal University of Ceará in 1979. At the time, according to Prof. Dr. Mariano Castelo Branco, the rare development institutions and the rare budgetary resources imposed on the Federal University of Ceará a sensitive timidity with regard to project design. Mainly because this, the initial idea of the Laboratory’s performance was limited to Applied Geophysics directed to the research of groundwater.

In 1989, however, when it had completed the cycle of academic formation that was required of him, the LGPSR was able to deprive of a more favorable condition. This was due to the technological advance experienced by Brazil, which imposed its reflexes on the activity of scientific research, causing other demands and opportunities to arise. Hence, motivated by the interests of funding institutions that responded affirmatively to the proposals presented in their projects, the Laboratory was able to significantly expand its universe of activities. The areas of Remote Sensing, integration of Geographic Information (SIG), Digital Cartography and Digital Image Processing were incorporated to the other possibilities of performance already in experiment, thus establishing the bases for the consolidation of its academic nature on the one hand, and another part, focusing its visibility as a project of consistency, beyond the walls of the Federal University of Ceará.

Another significant advance was observed when the actions concerning care with the conservation, contamination and degradation of the environment began to become of interest from Brazil. Such concerns have led to specific legislation that has expanded the demand for geological and geophysical research. That, together with those resulting from the breakdown of the oil monopoly and the creation of infrastructure programs, defined the scope of action of the Laboratory.

Thus, new projects and technical work were carried out by the LGPSR, achieving large investments in infrastructure and becoming one of the few geophysical laboratories in Brazil to possess a wide variety of geophysical equipment and software. The LGPSR currently has a new physical base of 500m2 in an area of 2500m2 where spaces are available for researchers, technicians, classroom, meeting space, as well as a library. 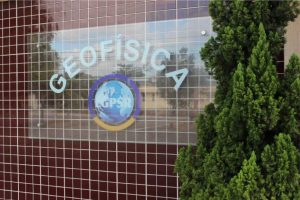 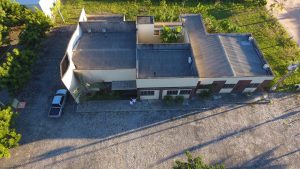